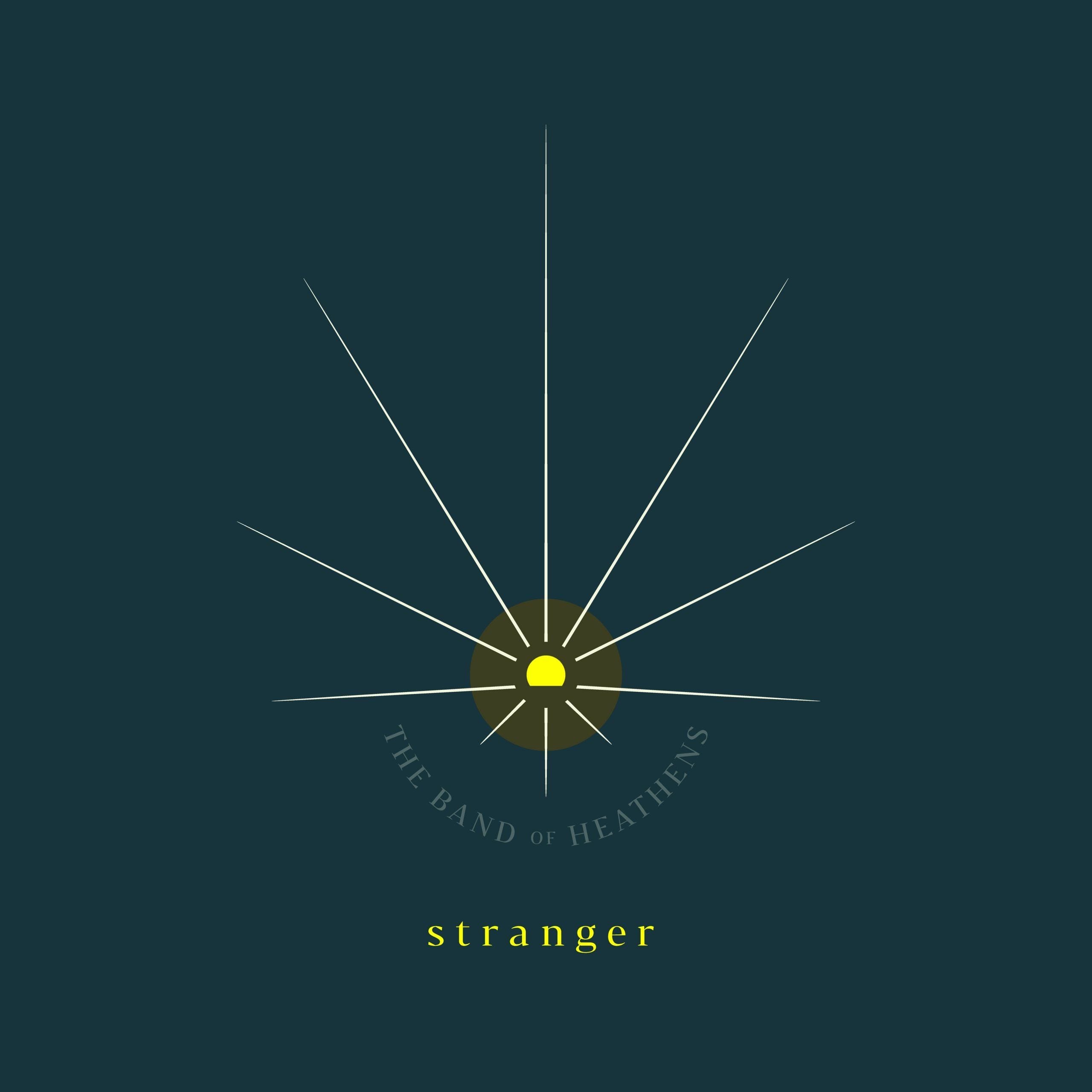 Stranger
The Band of Heathens
BOH

We are currently living in unusual times. The only sane response is to get strange. The Band of Heathens understand this and have taken things a bit further. Hence their latest record is called Stranger, which contains ten weirdly wonderful songs about everything from a man fighting a panther in the early part of this century to watching the apocalypse in the near future as if the bizarre was the new norm. Or the new Norm, as the name of the character played George Wendt on the TV program Cheers, who inspired the Americana/psychedelic/country opening track “Vietnorm”. The Band of Heathens understand the benefits of being odd when the whole world seems creepy and do so with a bounty of vocal riffs, catchy hooks, inspired playing, and creative lyrics.

The songs are the stars here. All of them were written in part or as a whole by band co-founders, vocalists, and guitarists Ed Jurdi and Gordy Quist. (The rest of the group consists of Trevor Nealon: keys and vocals; Richard Milsap: drums and vocals; Jesse Wilson: bass and vocals.) The record does not have a central theme as much as a collective consciousness. The individual tracks are mostly fun, even when on serious topics, because what other choice is there? We all may have different ideas on how to deal with problems, but we are all in this together.

And of course, the quality of the songs is greatly enhanced by the performances. This is a group with five vocalists who understand the importance of harmony. And when to keep quiet. The beautiful ballad “Call Me Gilded” makes this clear in its chorus, “If silence is golden, call me gilded / I am quiet in love, my heart beats what you speak of.” As a whole, this is an unfussy album, especially as compared with the Band of Heathen’s previous work. The record was recorded in Portland, Oregon, with producer Tucker Martine (The Decemberists, My Morning Jacket, Camera Obscura), who kept the sound uncluttered and clean.

Consider the mix on the plaintive “South by Somewhere”. The vocals are delivered in a straightforward manner with different voices joining in at select moments for embellishment. Distorted electric guitars and such lead the instrumentation, but the bass, keys, and drums take over at times to move the song forward. This captures the tune’s lyrical concerns about going nowhere but keeping on trucking for its own sake. The emptiness of the Southern/Southwestern landscape is also evoked. Or as they suggest with the same geographic landscape on the sprightly “Asheville Nashville Austin”, the heart of the journey lies in the “spaces in between”.

Several songs directly address our current socio-political pandemic situation. “The world is crumbling down,” they sing on the jolly “Today Is Our Last Tomorrow”. The disparity between the lyrics and the melody suggests the depth of our disconnect. This feeling is reinforced on the more hopeful “Dare” that addresses how to deal with isolation and deprivation by trying to find what’s good in the world. “We are here right now ” begins the anticipative “Before the Day is Done” that suggests the importance of togetherness. That the Band of Heathens released a new album during these times itself is an expression of hope.

Not every song on Stranger is positive. There are songs about the end of truth and personal betrayal that offer a moral perspective on bad behavior. Even the optimistic tracks acknowledge that not everything is rosy. As a whole, Stranger does suggest that when life gets weird, the best response is to get weirder. What else would one expect from a band originally based in Austin, Texas?