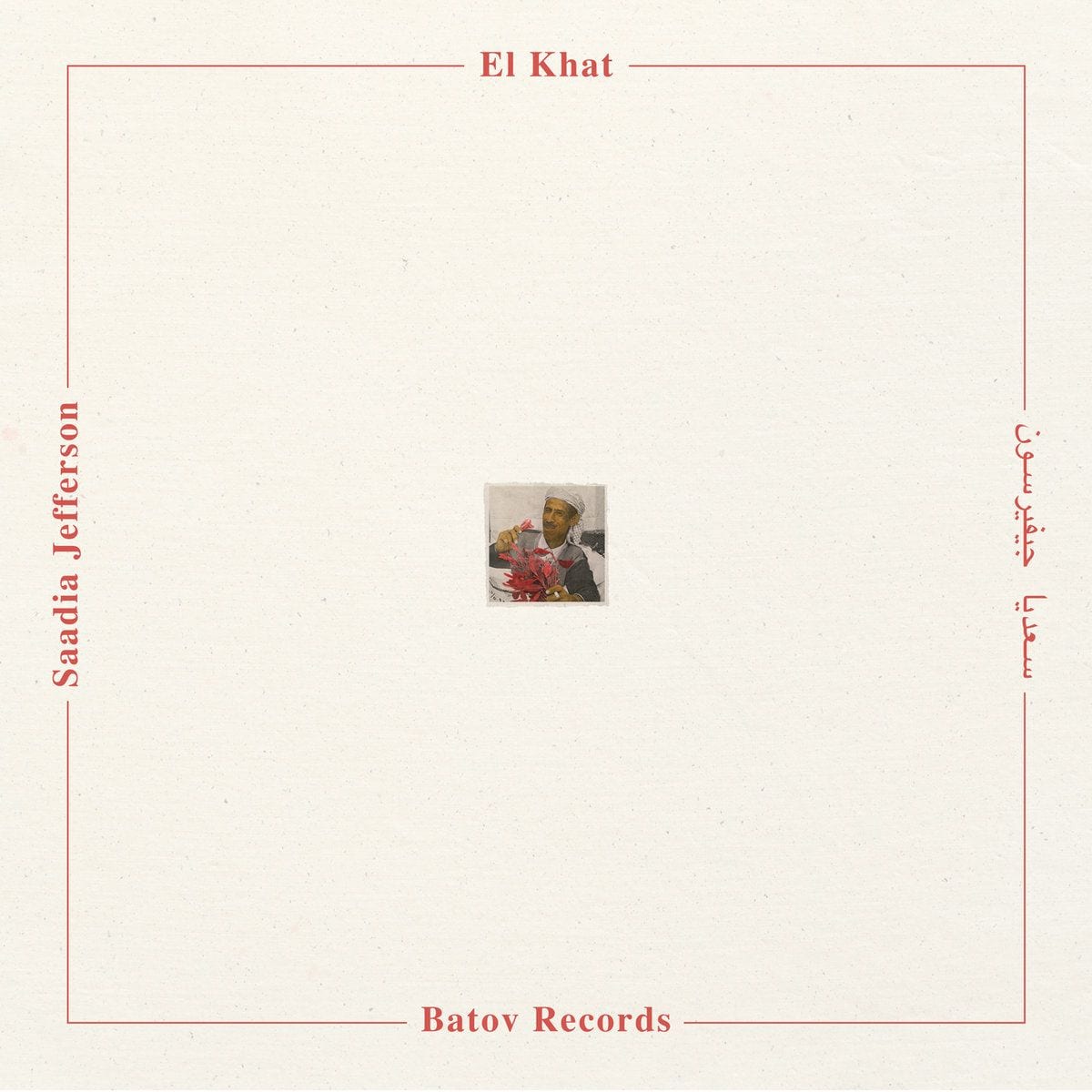 To chew the leaves of the khat where it grows along the Arabian Peninsula and the Horn of Africa is to experience euphoria in the present while partaking in regional communal practices millennia old. It’s an action rooted both within the self and outside of one’s self, in the vastness of history. The very name of the plant evokes a network of symbolic meanings.

That makes it perfect for El Khat, a quartet led by brilliant Yemeni-Israeli composer and musician Eyal El Wahab that takes an innovative hand to old Yemeni sounds as passed down in popular music of decades past. It was documented most recently in Dust-to-Digital’s 2013 compilation Qat, Coffee & Qambus: Raw 45s from Yemen, a direct inspiration for El Wahab.

New album Saadia Jefferson is a wonderful look El Wahab and the other three members of his Tel Aviv-based crew, who hail from Iraq, Poland, and Morocco. The ensemble interprets Yemen’s sonic past from a contemporary vantage point that takes into account the modern reality of war, displacement, and relocation so formative to communities of Yemeni Jews in Israel today by incorporating the sonic profile of a fluidly cosmopolitan West Asian region.

On Saadia Jefferson, the way this profile manifests in practice is broadly variable, ranging from modes to instruments to found sounds of subway cars and bleating goats. El Wahab, a carpenter, crafts many instruments out of discarded materials in an expression of the poverty common among displaced Yemeni communities.

There are songs of vintage-styled psychedelic pop, like 1960s-esque opener “Ya Raiyat”, which begins with an ecstatically heterophonic burst of horns before quickly rolling into a catchy mid-tempo melody driven by a wordless chorus and underscored by squiggly synths. In stark contrast is following track “Ptiha”, two minutes of the sounds of sheep and goats combined with rustic percussion and nimbly rough-edged voices. It ends with the unmistakably airy rush of oncoming public transit — a drastic shift between old and new that fits well El Khat’s collective vision of understanding the position of ancient Yemeni Jewish communities within the nation of Israel.

Variety plays throughout Saadia Jefferson. The rolling time signatures and poignant melancholy of “Balagh Al Achbaab” are exquisite, the repetition of single lines by each instrument turn in the two parts of “Atabina” for an engaging round. A solo trumpet line at the beginning of “Wahed Mozawej” gives way to complex textures of bass-heavy strings evocative of Levantine dabke dance music and make it one of the album’s most intense moments.

The album’s penultimate track ends with a serene duet between cello and violin as jazzy, upbeat “Marhaban Ahlan” fades. The epilogue, part two of “Al Ard’ Amamak”, is a brief minute of electric guitar with a sharp, satisfying sting to it.

There are no throwaway sounds here. Intent marks every second. And while each member of El Khat brings their experience to the table, they also have a clear understanding of and appreciation for the traditions they emulate and reconfigure in these pieces. While Saadia Jefferson fits savvily into extant trends toward retro revivals in the international folk fusion music marketplace, it doesn’t do so for the sake of rehashing. This is a heartfelt expression of love for a culture brutally disenfranchised. It’s also an opportunity for members of that culture to continue to influence new works of creativity. El Khat is a project of equal parts technical skill and intangible humanity, and Saadia Jefferson a singular masterpiece.