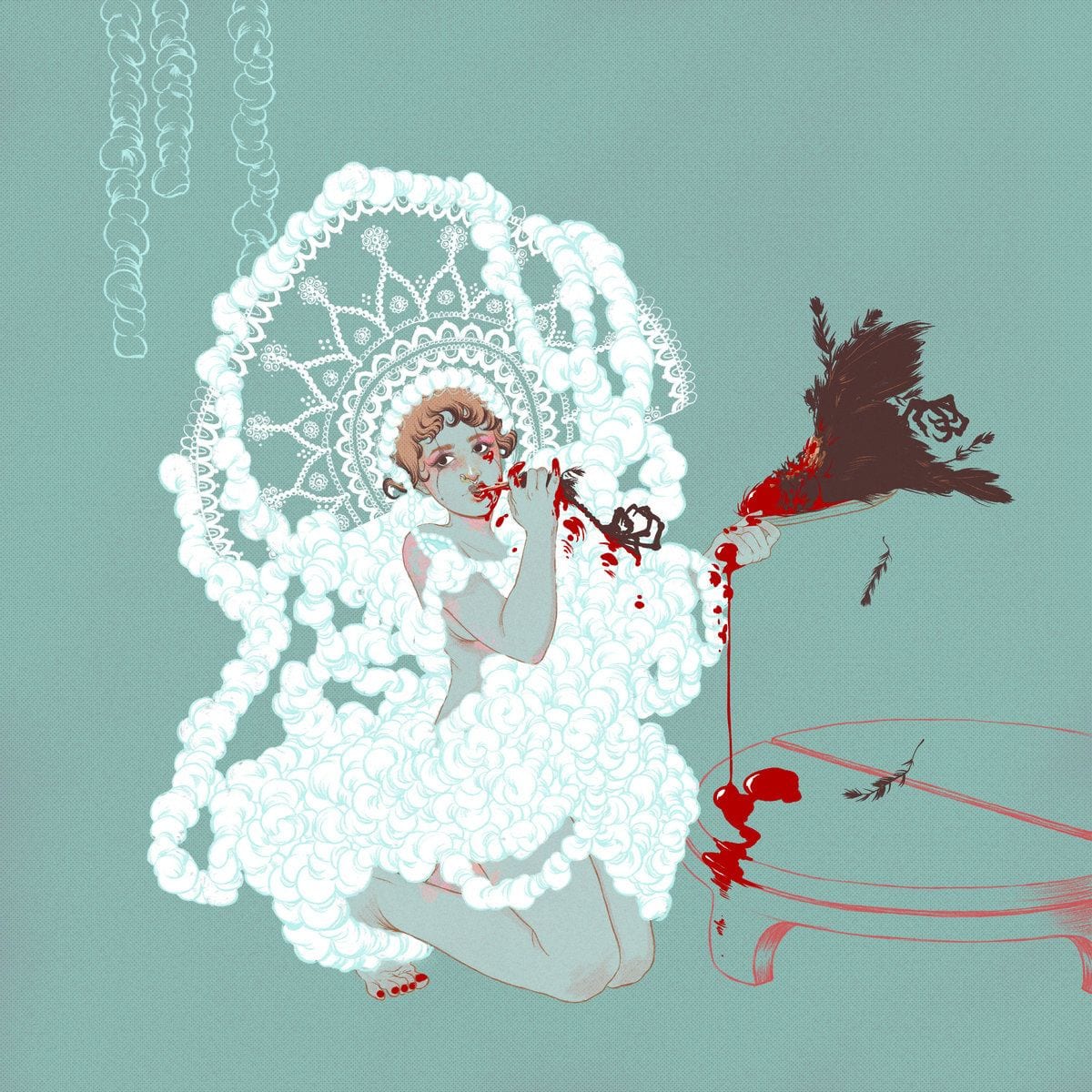 Close But Not Too Close
NIIKA
Independent

Some artists wear their influences on their sleeves. For Nika Nemirovsky – known professionally as NIIKA – the influences seem never-ending, flowing from one to another, making it difficult to pin down a particular style. And that’s perfectly fine. This blurring of genres on Close But Not Too Close makes for a stunning full-length debut, and the lack of a style in which to pigeonhole her creates a unique and all-too-rare listening experience.

Born in Uzbekistan when the Soviet Union was collapsing and Uzbekistan was yet to re-establish itself as a nation, NIIKA and her family emigrated to Chicago when she was only a year old. Settling into the immigrant community of her new world, NIIKA’s childhood was infused with an eclectic blend of art and culture. It was apparent on her 2017 debut EP, Honest Dancing. Still, while that album seemed a bit more grounded in traditional arrangements – there’s a definite guitar base to those songs – Close But Not Too Close sees her soaring into new territory, not moored by traditional arrangements.

The feedback-tinged rumblings that begin the album on the first track, “For the Key”, signal a slightly forbidding atmosphere. But NIIKA’s voice, which seems to embrace non-Western scales and Indian Carnatic music, is a multi-leveled wonder, suggesting both jazz and Eastern folk. The music starts and stops, indicating a stubborn insistence to remain distant from the concept of traditional pop/rock. But there’s simmering jazz, exotic folk, and smoldering soul all over this song. Vocally, NIIKA seems to straddle lines that fall somewhere between Bjork, Kate Bush, and recent belters like Bent Knee’s Courtney Swain.

Shifting gears once again, “Girl of an Arc” – a song NIIKA describes in the press materials as “my reflection on these cyclical patterns throughout history, and the unfailing resurgence of revolution” – sticks to a slightly more traditional template. Which is to say, the beat – despite its unusual time signature – remains initially moored to the song, as if NIIKA is trying gamely to “follow the rules”. But it’s not long before some ethereal, Jeff Buckley-esque vocalizing and stomping guitar riffs ease their way inside. The arrangement, as in most of this wonderful, unique album, is in a constant state of shift. Concepts come in, stay for a while, and are soon replaced with other ones. The record is nothing if not boring.

While there’s a distinct art-pop element to Close But Not Too Close – and even slight elements of progressive rock – NIIKA loves to infuse the album with plenty of shimmering soul. “Witness” is a spectacular slow jam with instrumentation that’s refreshingly organic. Gleaming electric guitars live peacefully alongside a variety of percussion accompaniment and cloying strings, all gliding on top of NIIKA’s striking lead and harmony vocals. “Blue Smoke” travels along similar lines, with both songs sounding very much like an intimate living room jam session and not something robotically concocted in a sterile recording studio.

Teetering between jazz and Tropicalia, songs like “Oh Delila” and “The Cage” show an impressive range, and “Black Mountain”, with its jittery beats and chiming guitar figures, recalls laid-back alt-rock that wouldn’t sound out of place on an adventurous 1990s college radio station. Furthermore, the clarity of the mix throughout all nine songs brings everything into deep focus – this is a headphone album of the first order.

Close But Not Too Close concludes with the album’s most tender, resonant moment – “Dream Song” strips away most of the instrumentation of the previous songs. NIIKA’s voice is accompanied solely by electric guitar and flute (the latter instrument providing a solo, doubled by vocals). True to its title, the song is an ethereal, dream-like experience that closes the album like a jazzy lullaby. On this wildly eclectic, expertly crafted album, NIIKA has proven herself a force to be reckoned with, offering seemingly endless musical ideas that will hopefully spill over into subsequent releases.