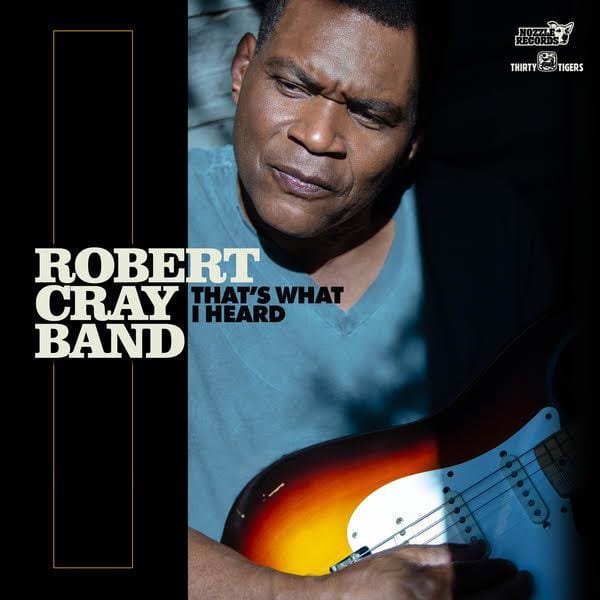 Robert Cray is a soul man of the highest order. When his fourth album, Strong Persuader hit in 1986, it was universally lauded as a triumph, eventually going double-platinum and even spawning a top 30 hit single with “Smoking Gun”. He was seen as a torchbearer, one who could help deliver the blues – the soulful side of the blues – to a new generation. Unfortunately, some fans of the rock side of the blues that had been spoiled by the recent success of Stevie Ray Vaughan didn’t understand Cray’s appeal. They had become accustomed to dazzling fretwork, fat tone at high volume, and Hendrixian flash. Cray seemed from a different time: more Sam Cooke with a Strat and less Buddy Guy-like shredding; more Jimmie Vaughan than Stevie Ray. Without doubt, however, Cray’s stinging leads stood out in a sea of soundalikes, more groove-oriented with notes carefully chosen for maximum impact. Indeed, it turns out he was both behind and ahead of his time.

Now, 40 years after his debut album Who’s Been Talking?, Cray has seen trends come and go, including the blues revival of the early 1980s and early 1990s, as well as the rise of artists such as Leon Bridges and the neo-soul movement since the dawn of the 21st century. He’s also, for the past 20 or so years, been teaming up occasionally with producer/drummer/groove master Steve Jordan, who helms Cray’s latest project, and his best yet, That’s What I Heard.

Jordan first worked with Cray on 1999’s Take Your Shoes Off, a project that had Cray – ever the soul man – digging even more explicitly into the Memphis and Muscle Shoals sound to fantastic effect. Most recently, Jordan produced Robert Cray and Hi Rhythm, which featured the Hodges brothers of the storied Hi Rhythm Section originally formed under producer Willie Mitchell and made famous by all those classic Al Green sides from the early 1970s. Now it’s follow-up, That’s What I Heard, doubles-down on that approach and in doing so, shows Cray sounding better than ever.

Steve Jordan has always been about the groove, whether it was helping Keith Richards direct the band that led Chuck Berry through the magnificent rock doc Hail! Hail! Rock ‘n’ Roll — where Jordan and Cray first met — to being a member of Richards’ X-Pensive Winos and the John Mayer Trio, and playing with everyone from the Blues Brothers to Herbie Hancock.

In 1997, Jordan produced the vastly underrated album, High Water, by the Fabulous Thunderbirds (credited as “featuring Kim Wilson” due to it essentially being a Wilson solo album). One of its songs, the heartbreaking “Promises You Can’t Keep”, written by Wilson and Jordan along with Danny Kortchmar, appears on That’s What I Heard. Cray wrings out every bit of emotion left from Wilson’s already sublime version and adds the legendary pipes of Steve Perry on backing vocals just because he was seen hanging by the studio one afternoon.

Cray penned a tribute to his late soul brother Tony Joe White in “To Be With You”. (Cray covered both White’s beautiful ballad, “Aspen, Colorado” as well as his signature swamp funk of “Don’t Steal My Love” on the previous Hi Rhythm.) The song channels White’s sensual yet longing blues while remaining unmistakably a Robert Cray vehicle.

Among the covers is the down and dirty dance floor filler, “My Baby Likes to Boogaloo”, originally by soul-shouter Don Gardner, who is probably best known for his 1962 call-and-response R&B masterpiece “I Need Your Lovin'” with Dee Dee Ford. Cray also handily tackles a Bobby Bland classic (“You’re the One”) and gospel by way of the Sensational Nightingales’ “Burying Ground”. Here, and actually, throughout That’s What I Heard, Cray’s voice is unstoppable. It knows no age and can hit the rafters with the most gut-wrenching testifying imaginable, then drag you through the gutter – or take you to church or the bedroom – with a menacing, sensual growl. That’s what I heard, anyway.